May 20, 2016
If women ruled the world there would be no wars, Just a bunch of angry countries not talking to each other. 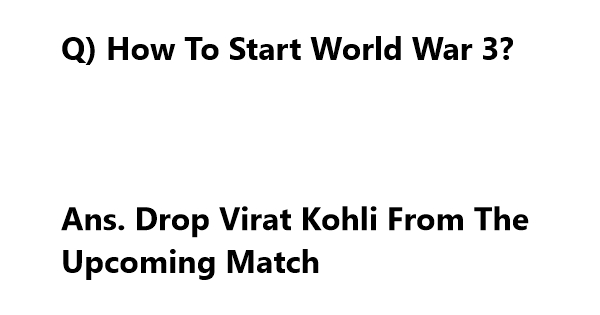 During the World War II, an American warship was attacked by the Japanese. A torpedo was heading towards the ship and a hit seemed inevitable. So the captain told the navigator to go down to the crew quarters and tell a joke or something – at least they would die laughing.


The navigator went down and said to the crew, “What would you think if I could split the whole ship in two by hitting my d#ck against the table?”

The crew burst laughing. So the navigator pulled his d#ck out and whammed it on the table. Just when the d#ck hit the table, a huge explosion torethe ship apart. The only survivors were the captain and the navigator. 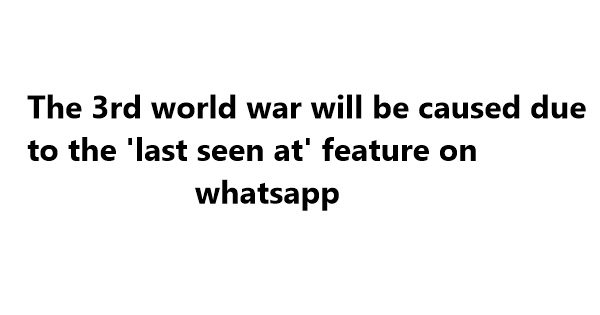 "Pope the Polack and Ronald Reagan die and go to heaven. They ask for an interview with God, and find him sitting in a comfortable armchair.

"What have you done that you deserve to be in heaven?" God asks the pope.

"Well," replies Pope the Polack, "I kissed the ground at most of the major airports of the world; I fought the evil communists, and opposed birth control so strongly that Catholics went forth and multiplied."

Then God turns to Ronald Reagan.

"And what have you done," he asks, "to deserve to be in heaven?"

"Well," replies Reagan, "I was the most fundamentalist Christian president of all time. I drove Osho's commune out of America, and caused the third world war, thus bringing about your 'second coming' to earth."

"Good work," says God, and then notices Osho standing there.

"Oh!" says God, quite embarrassed, "and what have you done that you deserve to be in heaven?"

An American soldier serving in World War II, had just returned from several weeks of intense action on the German front lines. He had finally been granted R&R and was on a train bound for London. The train was very crowded,

so the soldier walked the length of the train, looking for an empty seat. The only unoccupied seat was directly adjacent to a well-dressed middle-aged lady and was being used by her little dog.

The war weary soldier asked, "Please, ma'am, may I sit in that seat?"

The English woman looked down her nose at the soldier, sniffed and said, "You Americans. You are such a rude class of people. Can't you see my little Fifi is using that seat?"

The soldier walked away, determined to find a place to rest, but after another trip down to the end of the train, found himself again facing the woman with the dog. Again he asked, "Please, lady. May I sit there? I'm very tired."

The English woman wrinkled her nose and snorted, "You Americans! Not only are you rude, you are also arrogant. Imagine!"

The soldier didn't say anything else, he leaned over, picked up the little dog, tossed it out the window of the train and sat down in the empty seat. The woman shrieked and railed, and demanded that someone defend her and chastise the soldier.

An English gentleman sitting across the aisle spoke up, "You know, sir, you Americans do seem to have a penchant for doing the wrong thing. You eat holding the fork in the wrong hand. You drive your cars on the wrong side of the road. And now, sir, you've thrown the wrong bitch out the window."

A Japanese soldier stayed hidden for 29 years after World War 2 ended because he didn't know
the war was over.