Below are some of the funny pregnancy jokes,one liners,quotes,pregnant puns 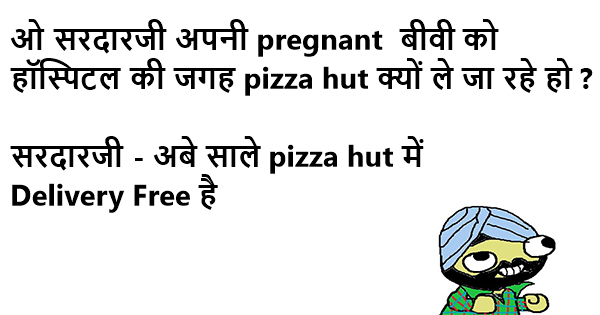 An 18 year old Italian girl tells her Mom that she has missed her period for two months. Very worried, the mother goes to the drugstore and buys a pregnancy kit.

The test result shows that the girl is pregnant. Shouting, cursing, crying, the mother says, "Who was the pig that did this to you? I want to know!" The girl picks up the phone and makes a call.

Half an hour later, a Ferrari stops in front of their house. A mature and distinguished man with gray hair and impeccably dressed in an Armani suit steps out of the of the Ferrari and enters the house.

He sits in the living room with the father, mother, and the girl and tells them: "Good morning, your daughter has informed me of the problem.

I can't marry her because of my personal family situation but I'll take charge. I will pay all costs and provide for your daughter for the rest of her life." "Additionally, if a girl is born, I will bequeath a Ferrari, a beach house, two retail stores,

Pakistani cricketers who dont know proper English, prepare answers in advance, so that they can address the Media after the matches.

One day after a match with Shoaib Malik...

Media: "So Malik, thats fantastic; your wife Sania is pregnant."

Malik: "Ya all credit goes to my team. Everyone worked hard for it, specially Afridi. It was a tight situation when he went in. His performance was really fantastic with Razzak in the middle.

Also the crowd gathered to watch his work, our coach also have enjoyed it, they work hard day and night, all credit goes to my coach and my teammates and special thanks to Sania who support me for this job."

Q: I have heard that any kind of acidic substance can prevent pregnancy. Can I pour some drops of lemon or orange juice in my girlfriend's [email protected] after the intercourse? Will it harm her?

CASE OF THE PREGNANT LADY

A lady about 8 months pregnant got on a bus. She noticed the man opposite her was smiling at her. She immediately moved to another seat. This time the smile turned into a grin, so she moved again. The man seemed more amused. When on the fourth move, the man burst out laughing, she complained to the driver and he had the man arrested.

The case came up in court. The judge asked the man (about 20 years old) what he had to say for himself.

The man replied, 'Well your Honor, it was like this: when the lady got on the bus, I couldn't help but notice her condition.