July 09, 2017
How can we forget our beloved flipkart & their services :) So enjoy some of the hilarious flipkart jokes,tweets,trolls and much more. 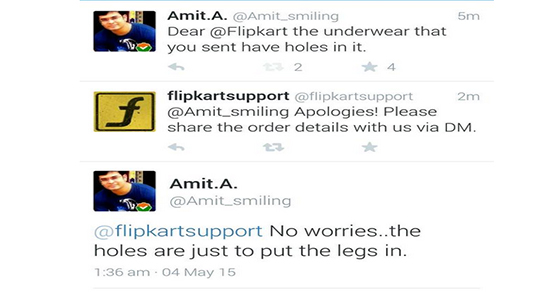 Interviewer : Why should I hire you ?

Candidate : My uncle bought a smartphone from Flipkart. It was used. He returned it and ordered for another one. It was also used. His money was wasted. Then he ordered the same mobile on Amazon. A brand new smartphone came. After 6 months, battery was draining fast. Informed Amazon. Got a replacement of the whole mobile. If you want to change these bad sides of Flipkart, let me in or your other option is to become inferior to Amazon forever. 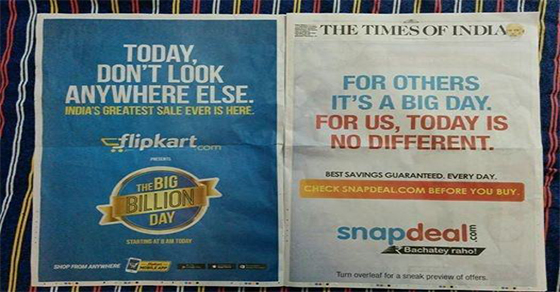 Twinkle twinkle Flipkart Can’t find the products in my cart Fed up seeing OUT OF STOCK Is this all some MOCK? #flipkart #BigBillionDay
— THE BACK BENCHERS (@Dbackbenchers) October 6, 2014

So how many people got caught in their offices shopping on flipkart?. #bigbillionday. — Krishna (@Krizanand) October 6, 2014

So, Flipkart is giving 44% off on Half Girlfriend. Which of course makes  it just slightly over a Quarter Girlfriend. — Ramesh Srivats  (@rameshsrivats) October 6, 2014

‘Sold out’ is to Flipkart what “Please try again later” is to IRCTC. #BigBillionDay
— Gautam (@gautamverma23) October 6, 2014