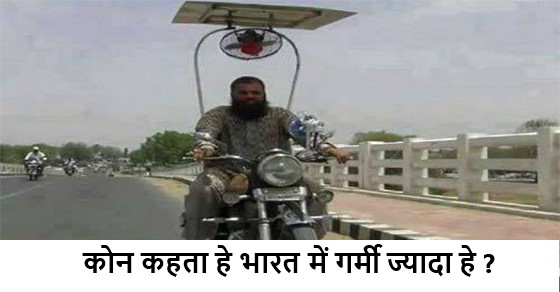 Some of the hilarious
A biker stops at a young girl who's just about to jump off a bridge..
He asks her: do you mind giving me the final kiss before u jump? She quietly accepted and gave him one of the deepest kiss ever...

Two fleas are sitting on the beach in Daytona. It's the middle of February. One flea has this bad cold, he's sneezing, sniffling, and carrying on.

The fleas introduce themselves and the other flea asks the first how he got such an awful cold.
The first flea says "Oh it was terrible, I rode down here on the mustache of a guy riding a motorcycle. It was cold, wet and windy. Then it started raining and I got this damn cold."

The other flea says "That's a rough way to get here, you should do what I do. I go to the airport, find the stewardess lounge, go in the bathroom and hop on a stewardess. It's a quick and comfortable way to travel.

A duded-up city rider walks into a seedy tavern in Sturgis, SD. He sits at the bar and notices a grizzled old biker with his arms folded, staring blankly at a full bowl of chili.
After fifteen minutes of just sitting there staring at it, the newby rider bravely asks the old biker, 'If you ain't gonna eat that, mind if I do?'

The old veteran of a thousand rides slowly turns his head toward the young pup and says, 'Nah, you go ahead.'

A biker wearing all his leathers, chain wallet and tall boots is sitting at the bar.
A cute girl walks in and sits next to him and says “are you are real biker?”
He said “well, I build what I ride, I ride over 25,000 miles a year and am not afraid to wrench it when it needs it, I guess that makes me a real biker. He said, “would you like a ride?”

A nasty old biker named "TAZ" walks into a bank and says to the woman at the teller window "I want to open a damn checking account." The astonished woman replies, "I beg your pardon, sir. I must have misunderstood you. What did you say?" "Listen up, damn it.

A little guy is sitting in a bar staring at his drink for over an hour. A big ugly biker walks up to the bar, takes the little guys drink and gulps it down. Then looks at the little guy as if to say now what you going to do about it. The little guy starts to cry.

An Arizona Highway Patrol officer stops a Harley for traveling faster than the posted speed limit, so he asks the biker his name.
'Fred,' he replies.
'Fred what?' the officer asks.
'Just Fred,' the man responds.

The officer is in a good mood, thinks he might just give the biker a break, and write him out a warning instead of a ticket. The officer then presses him for the last name.
The man tells him that he used to have a last name but lost it.
The officer thinks that he has a nut case on his hands but plays along with it. 'Tell me, Fred, how did you lose your last name?'

An 80 year old man went to the doctor for a check-up and the doctor was amazed at what good shape the guy was in. The doctor asked, "To what do you attribute your good health?"
The old timer said, "I'm a dirt biker and that's why I'm in such good shape. I'm up well before daylight on Sundays and out sliding around corners, "shootin" sand washes and riding up and down the steepest, gnarliest hills I can find at the crack of dawn."

The doctor said, "Well, I'm sure that helps, but there's got to be more to it. How old was your dad when he died?" The old timer said, "Who said my dad's dead?"
The doctor said, "You mean you're 80 years old and your dad's still alive? How old is he?"

A rookie police officer pulled a biker over for speeding and had the following exchange:

• Biker: That's right. But come to think of it, I think I saw the owner's card in the tool bag when I was putting my gun in there.
Officer: There's a gun in the tool bag?
• Biker: Yes sir. That's where I put it after I took it off the dude who owns this bike, along with his dope, both are in the saddle bags.

• Officer: There's drugs in the saddle bags too?!?!?
• Biker: Yes, sir. Hearing this, the rookie immediately called his captain. The biker was quickly surrounded by police, and the captain approached the biker to handle the tense situation:
• Captain: Sir, can I see your license?
• Biker: Sure. Here it is. It was valid.
• Captain: Who's motorcycle is this?
• Biker: It's mine, officer. Here's the registration.

A drunken man walks into a biker bar, sits down at the bar and orders a drink. Looking around, he sees three men sitting at a corner table. He gets up, staggers to the table, leans over, looks the biggest, meanest, biker in the face and says: "I went by your grandma's house today and I saw her in the hallway buck naked. Man, she is one fine looking woman!"

The biker looks at him and doesn't say a word. His buddies are confused, because he is one bad biker and would fight at the drop of a hat.
The drunk leans on the table again and says: "I got it on with your grandma and she is good, the best I ever had!"