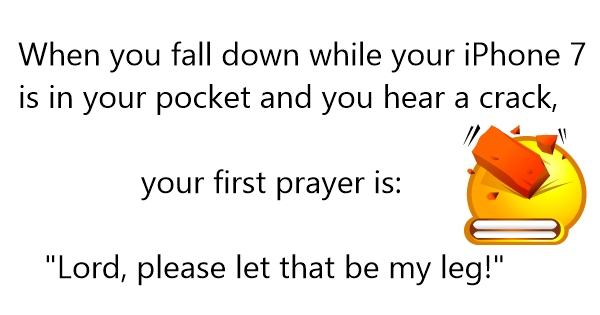 The Supreme Court issued a notice on Wednesday stating that people who crack the same old iPhone jokes will now be sentenced to death under Section 5S of the IPC. The ruling came through the morning after the Apple launch event. “We saw several people cracking the same joke about selling their kidney in order to afford the new iPhone. We had to take these culprits down and make them pay for their sin”, says Siri Siri Changez Pal, the SC spokesperson and an evident Apple fan.

Kapil, a Thane resident, has already been taken to jail for sharing a joke on Whatsapp that read, “The new iPhone 6 is priced at ‘LOL aukaat mein nahi hai’ and the new Apple Watch is priced at ‘Bass kar pagle, rulaayega kya?’” Though his lawyer is still defending him on the grounds of clever re-wording of the joke, claiming that it actually made five poor people laugh.

The Android community highly condemned the law, confessing that now they won’t have anything else to do in life. Chintu (name changed to save the embarrassment), founder of an online forum AndroidRoxxx said, “Apple was like that hottest girl in college who was so out of our league, we didn’t even make an attempt to approach her. So all we could do is crack jokes about how expensive it was. What do you expect us to do now? Admire our cheap plastic phones?”

Post the verdict, a lot of youngsters are deleting their iPhone jokes and replacing them with Blackberry jokes. This is not only keeping them out of danger, but also getting them substantial credibility in society.

The CEO of Apple Tim Cook remained unavailable for a comment because he was too busy checking the weather on his new Apple Watch. As if he really needed know.

This article is obviously a work of fiction. I'd written for a publication but they never used it so you get to read it and I don't get paid for it. Yayboohoo. So at least make this person happy by liking, commenting and sharing it.

So Steve Jobs's fix for the new iPhone's signal problem is to "Just avoid holding it in that way."
I have a better fix which has worked for me and all my mates, and I'll share for free.
For this to work you'll need a credit card.

Did anyone else hear about the bloke that was trapped under a hotel ruin for two days in Japan? He says that the iphone managed to save his life. He was able to use different apps on it to look up treatment to cuts and wounds, as well as using it as an alarm clock every 20 minutes to make sure he didnt fall asleep.