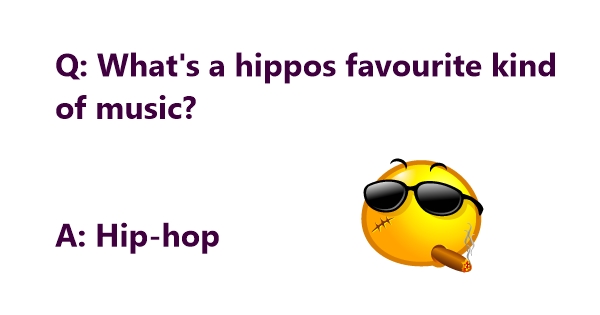 A Cherokee Indian chief had 3 wives all of whom were pregnant.

When the first squaw gave birth to a boy, the chief was elated and built them a teepee made of buffalo hide.

The second squaw also gave birth to a boy a few days later. The chief was extremely and built them a teepee of antelope hide.

Soon, the third squaw gave birth, but the chief kept the birth details secret. He built thema teepee of hippopotamus hide [I know there are no hippopotami in North America,but just go with it.] He challenged the people of his tribe to guess the latest birth details, and whomever was right would win a fine prize.Many attempted but failed to guess the details.

Finally, a young brave came forth and declared that the third squaw had had twins.

"That's correct" aid the chief."How did you know?"

"Simple, " aid the brave. "The value of the squaw of the hippopotamus is equal to the sons of the squaws of the other two hides." 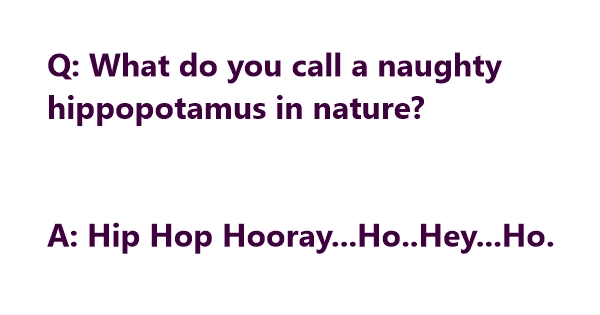 This tribe had a particularly large and strong woman, with a very unique (for North America anyway) animal hide for her blanket. This woman was known as Squaw of Hippopotamus hide, and she was as large and powerful as the animal from which her blanket was made.

Year after year, this woman entered the tribal wrestling tournament, and easily defeated all challengers; male or female. As the men of the tribe admired her strength and power, this made many of the other women of the tribe extremely jealous.

One year, two of the squaws petitioned the Chief to allow them to enter their sons together as a wrestling tandem in order to wrestle Squaw of the Hippopotamus hide as a team. In this way, they hoped to see that she would no longer be champion wrestler of the tribe.

As the luck of the draw would have it, the two sons who were wrestling as a tandem met the squaw in the final and championship round of the wrestling contest. As the match began, it became clear that the squaw had finally met an opponent that was her equal.

The two sons wrestled and struggled vigorously and were clearly on an equal footing with the powerful squaw. Their match lasted for hours without a clear victor. Finally the chief intervened and declared that, in the interests of the health and safety of the wrestlers, the match was to be terminated and that he would declare a winner.

The chief retired to his teepee and contemplated the great struggle he had witnessed, and found it extremely difficult to decide a winner. While the two young men had clearly outmatched the squaw, he found it difficult to force the squaw to relinquish her tribal championship.

A man in a movie theater notices what looks like a hippo sitting next to him.
"Are you a hippo?" asks the man, surprised.
"Yes."