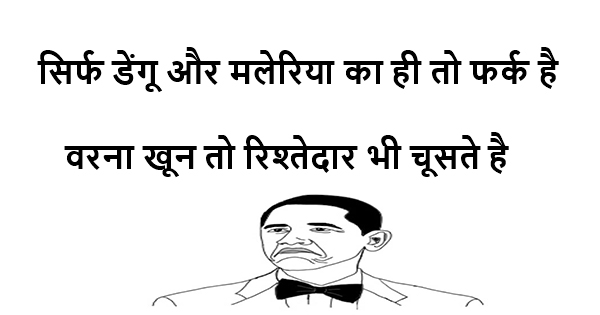 pressure is equal to force per unit area

Malaria isn’t a problem in the US because Chuck Norris lives there.

Akpors was attacked by malaria, so his friend johnny
advised him TO go and buy Anti-malaria so he could recover.
Wen he got 2 d pharmaceutical shop, Akpors requested
Anti-malaria $ d man gav him, afta taking d drug

An old woman on board bus to lagos from calabar told the driver; "driver, if u reach Benin
stop me o!"The driver nodded and then she shouted again" my children, una don hear wetin I
tell am? Everybody responded YES MA.


On the long journey to lagos, everybody slept off but this woman never blinked. They never knew she doesn't know Benin. After several hours of driving, and lagos closeby. And Benin is about 4hrs behind,The  poor woman then asked; driver you never reach benin ni?

Ooooh!! The driver exclaimed; madam benin is like 4hours behind us. the woman started
crying"take me back to Benin abeg I no wan wahala o!!!"

After all said. and considering the age of the woman it was agreed, that the driver should turn back back to Benin. On getting to benin, the driver came down,opened the door and told the woman she is in Benin.